Locations
Castle Douglas Annan CAB Stranraer CAB Dumfries CAB (Headquarters)
Pages
Warm Home Discount Scams & Gambling Food Banks Energy COST OF LIVING HELP Complaints Email & Web Based Advice Research & Monitoring Pension Wise When you get advice from a debt adviser When you get advice from an adviser General Subject Access Request Remember Us in Your Will Give Equipment or Professional Skills Give as you Live How to Donate Why Donate? Volunteering Video Pension Wise Newsletter Meet our Volunteers Contact us Eu Citizen feeling in the dark about Brexit? Health Latest Volunteer Fundraise for us Donate Other Ways to Help Us Contact us Family Immigration Housing and Homelessness Law and Courts Work Debt & Money Consumer Rights Benefits Advice Subject Access Request Form Locations Who Funds Us Board of Directors Privacy & Cookie Policy Get Advice Who we are Home
Posts
Accessible and Inclusive Scam Alert War on Ukraine – UK and Scottish Government information Bright Deal Project Debt Happens, You’re Not Alone Press Release – Energy Crisis Annual Report 2020-21 Communications Strategy 2022 Volunteer Strategy 2022 Doubling the Scottish Child Payment Adult Disability Payment
Home | Who we are | Board of Directors
Who we are

Dumfries and Galloway Citizens Advice Service (DAGCAS) governance is overseen by a Board of Directors:

Patrick was born and raised in Morayshire, and moved to Aberdeen where he attended University and graduated with degrees in Arts and Law, before joining Grampian Police in 1983.

He has operated at a senior level in policing since 2001 when he was appointed Assistant and then Deputy Chief Constable of Grampian Police, before taking up the post as Chief Constable in Dumfries and Galloway in 2007. He was the President for the Association of Chief Police Officers in Scotland for two years.

Patrick has always been actively involved in partnership working and has chaired the local Alcohol and Drugs Partnership and the Youth Justice Partnership for six years. He has a keen interest in all things local, and social justice. He enjoys most sports and keeping fit.

Andrew Walls was born in Cardiff. He was educated in London. He studied medicine there and in Edinburgh. He came to Dumfries in 1980 as a Consultant Surgeon, subsequently becoming Medical Director of Acute Services.

He was elected to the Health Board in 2010 and currently serves as Chair of Scotland’s Organ Donation Committees. Andrew is Convenor of the Crichton Foundation and is an active member of the Dumfries Rotary Club.

Brian has been a board member since November 2013.  He was born in Dumfries and educated at Dumfries Academy. He studied Accountancy and Production Engineering at The University of Strathclyde and is a Chartered Accountant. Brian was a partner in a local accountancy firm until 2014 where he worked with individuals and organisations on a wide range of financial matters.

He is a board member in a number of organisations, and advises on governance, strategy and leadership. He is passionate about Dumfries and Galloway, and enjoys cycling, walking and travel.

Norman McIntosh was educated in Glasgow and spent the majority of his career as an engineering draughtsman.  Having always been an active trade union member he became a full time union official in 1970 and continued in this role until he retired.

Norman started volunteering with D&G CAS in 2001 and became a specialist employment adviser.  He joined the board of D&G CAS in 2005.

His other offices and interests include being an Elder at Kirkinner Parish Church, Chairman and Secretary of the Newton Stewart & District Angling Association, and a lifelong supporter of Rangers Football Club.  He has also served as a Governor at Glasgow Caledonian University where he was awarded an honorary Fellowship.

Marsali was educated in Kirkcudbright and as a scholarship pupil at Gordonstoun school. Following legal training in Southampton and York, she worked for some years in Whitehall, directly supporting Health Ministers with their governmental role including speech writing, research, policy development and parliamentary business in the House of Commons.

She returned to her native Dumfries & Galloway to take up senior health & social care roles in the NHS, and most recently has been working in Cumbria in the NHS across a number of different posts.

Her interests include her Cairn terrier, walking, art, current affairs and politics.

She believes strongly in fairness and equality in all its forms.

Our other experienced and dedicated Board Members include:
– Maureen Smith
– Eilidh Raymond
– Robert Wright 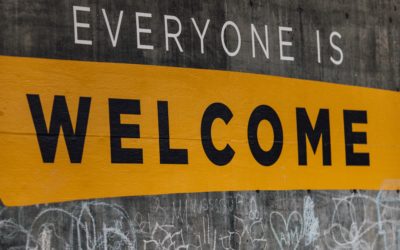 Speak to us in person.

Our Locations
Ways to get help